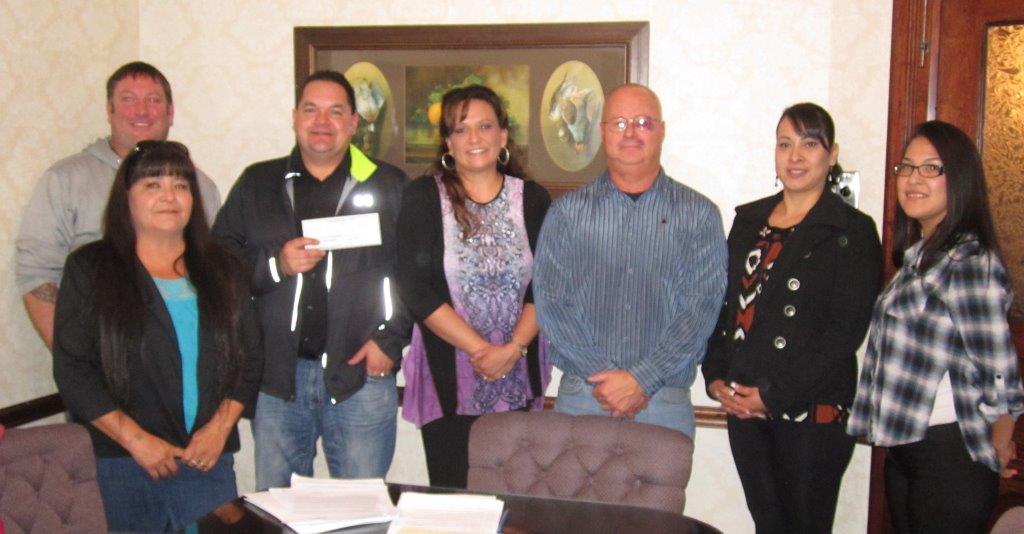 The small town of Whiteclay, Nebraska lies just outside of the boundaries of the Pine Ridge Reservation in southwestern South Dakota. It is infamous for its liquor stores and some of the highest rates of alcohol sales per capita in the nation. With a population of 14 and average sales of 13,000 cans of beer a day, it has become a site of frequent protests and controversy. However, it is also the location where Martin Pilcher is realizing his entrepreneurial dream with the purchase of Arrowhead Foods, a grocery store and deli.

Pilcher, a member of the Oglala Sioux Tribe, grew up in Pine Ridge, South Dakota – one of the most impoverished areas in the nation and just two miles north of Whiteclay. Over the years he has seen many of his schoolmates on the streets of Whiteclay, where he is now a business owner. While others may see the hopelessness of social ills painted on the faces of those huddled up in abandoned buildings, Pilcher sees opportunity for community revitalization.

Out of a desire to make his community a better place, Pilcher identified a business to purchase – Arrowhead Foods. As a large industrial building, it had plenty of space and features to house a successful business with a full selection of groceries and a deli. Because access to healthy foods is limited in this rural area, it is something that is a critical need in Whiteclay and the surrounding communities.

“I really wanted to do something that would benefit the people,” says Pilcher.

He approached Lakota Funds, a Native community development financial institution (CDFI) located on the Pine Ridge Reservation, to obtain capital that would transform his vision into a successful business. As an organization that had provided over $6 million in financing to hundreds of businesses since the 1980’s, Lakota Funds was well versed in navigating the risk associated with lending in very low-income communities. However, Pilcher’s request of $300,000 to purchase the commercial building in Whiteclay topped out their loan limit.

Tawney Brunsh, Executive Director of Lakota Funds, says she knew that the high amount and some other circumstances might make it difficult for them to approve the loan request.

“As a Native CDFI we are in the business of innovation, so we got creative. We believed in Martin and knew the impact a viable grocery store would have in Whiteclay and Pine Ridge,” she says.

Since part of the building was used as a residence by the previous owners and was a significant portion of the appraisal, Lakota Funds decided to approach Mazaska Owecaso Otipi Financial (Mazaska), a Native CDFI located in Pine Ridge that provides housing loans. Mazaska agreed to partner in a participation loan for the deal on the Whiteclay building.

“We were so grateful that Mazaska was on board. We knew that their partnership would help us in deploying the capital for Martin’s business,” says Brunsch.

Lakota Funds and Mazaska put a memorandum of understanding (MoU) in place to describe their roles in the partnership, and both organizations had teams in place to outline details of the deal. For example, with only one lien on the building, Mazaska agreed to take 2nd position. But, Lakota Funds agreed to split 50/50 with Mazaska any proceeds recouped in the case of a default. Ultimately, the agreement spread the risk and benefits so that it was an appealing deal for both of the organizations.

Lakota Funds approved the loan contingent upon Mazaska’s approval. Mazaska approved shortly after, and Pilcher gained access to capital for the purchase of the Whiteclay building. There was still one last piece that had to come together in order for Pilcher’s business dream to become a reality, though. It was a line of credit needed to purchase the initial inventory, and it was also a requirement by the food distributor that Pilcher had contracted with.

With another lender backing out at the last minute, Pilcher was left scrambling to find a financial institution that would provide the line of credit. That’s when Tony Taylor, Loan Officer at Lakota Funds who had worked with Pilcher throughout the loan process, suggested First National Bank in Gordon, Nebraska. Taylor had collaborated with First National Bank on other deals in the past, and thought they’d be willing.

“I suggested to Martin that he might want to try First National, and within 15 minutes he had contacted their loan officer,” said Taylor. Needless to say, Pilcher’s line of credit was approved. With the final piece of the financing puzzle in place, all three lenders and the borrower met for a loan signing. “It was really a festive occasion. We were all happy to be partnering together on this unique deal,” said Taylor.

On December 2, 2015, Martin Pilcher took ownership of Arrowhead Foods and became the first Native American business owner in Whiteclay. Acknowledging the negative image associated with the town, Pilcher says, “I want my people to know this is possible. We have the power to make our community a better place.”

In all, the financing deals necessary to launch Arrowhead Foods required two Native CDFIs and a bank. This unique mix of community loan funds and a more traditional financial institution shows the value of mission in the finance sector.

“This was not a cookie cutter deal,” says Brunsch. “It was because we all – lenders and the borrower – are committed to growing our local economy and improving the lives of our community members that we worked together – we wanted to go the extra mile – to make it happen.”

Native American Artist Gallery to Re-Emerge with Support from Collaborative Financing Model
May 21, 2021

Financial Institutions Partner to Increase Financial Capability and Assets
May 18, 2017