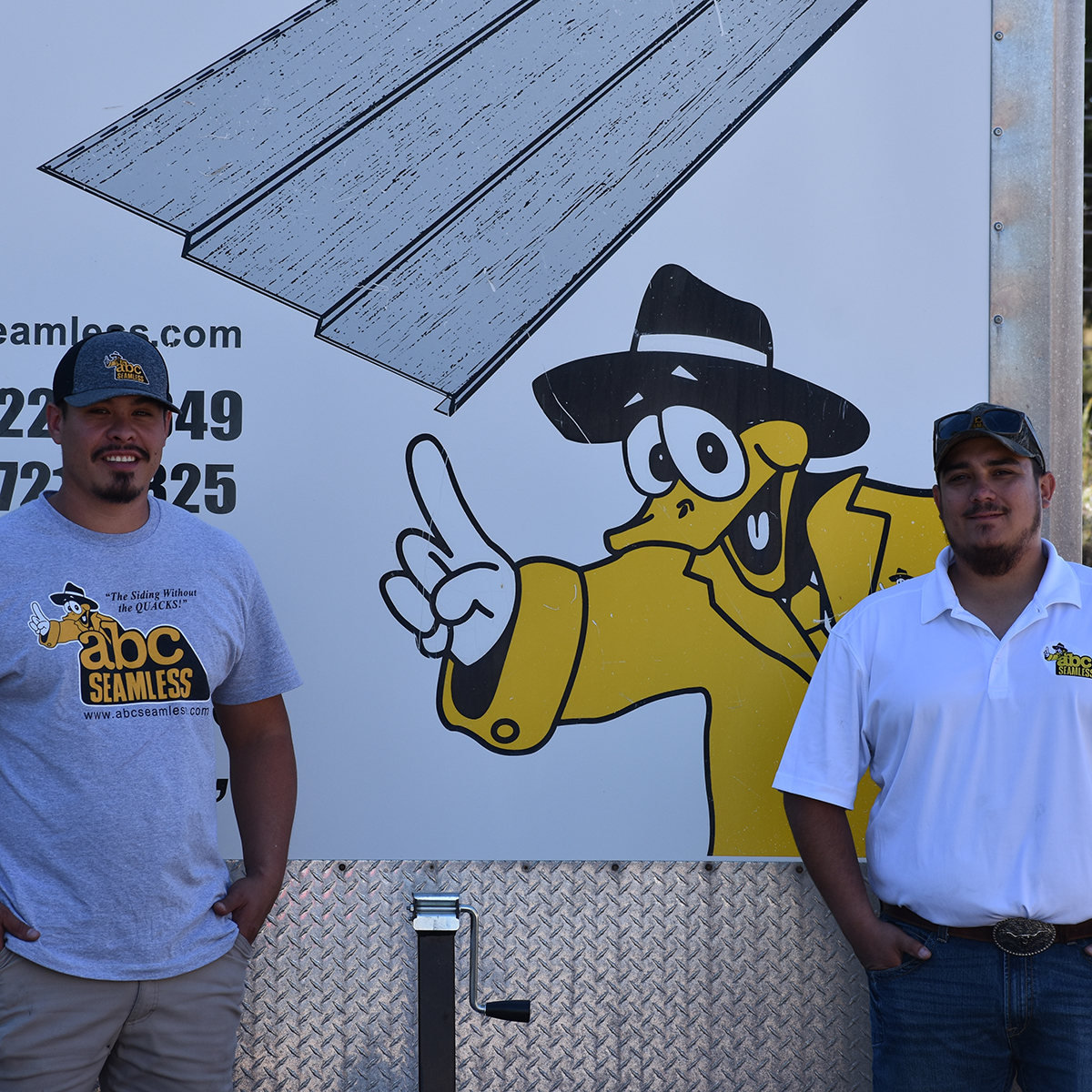 Prior to becoming owner of the Rapid City location, Vigil worked for ABC Seamless in Pierre, South Dakota, for four years. York, who also has a background in construction, had been exploring potential business ventures when the prospect with ABC Seamless in Rapid City arose.

“When Ray called me and told me about the opportunity, I was all in,” said York.

Friends for over a decade, York and Vigil, had previously discussed becoming business partners. York had even approached Lakota Funds, a non-profit Native American community loan fund located on the Pine Ridge Reservation, to inquire about possible financing options. With the wheels already in motion on several fronts, the pieces naturally fell into place with the purchase of ABC Seamless.

Although it was the first time either partner had obtained a business loan, Vigil says, “It was a really good experience for both of us. Lakota Funds did a great job guiding us through the process.”

York and Vigil are relocating their families to the Rapid City area and settling into their new community. They have already hired two installers, are still looking to fill a few more positions, and are booked out a couple months already.

“It has been pretty successful so far. Everything is picking up in a good way,” says York.

This project was made possible with funding from Wells Fargo.