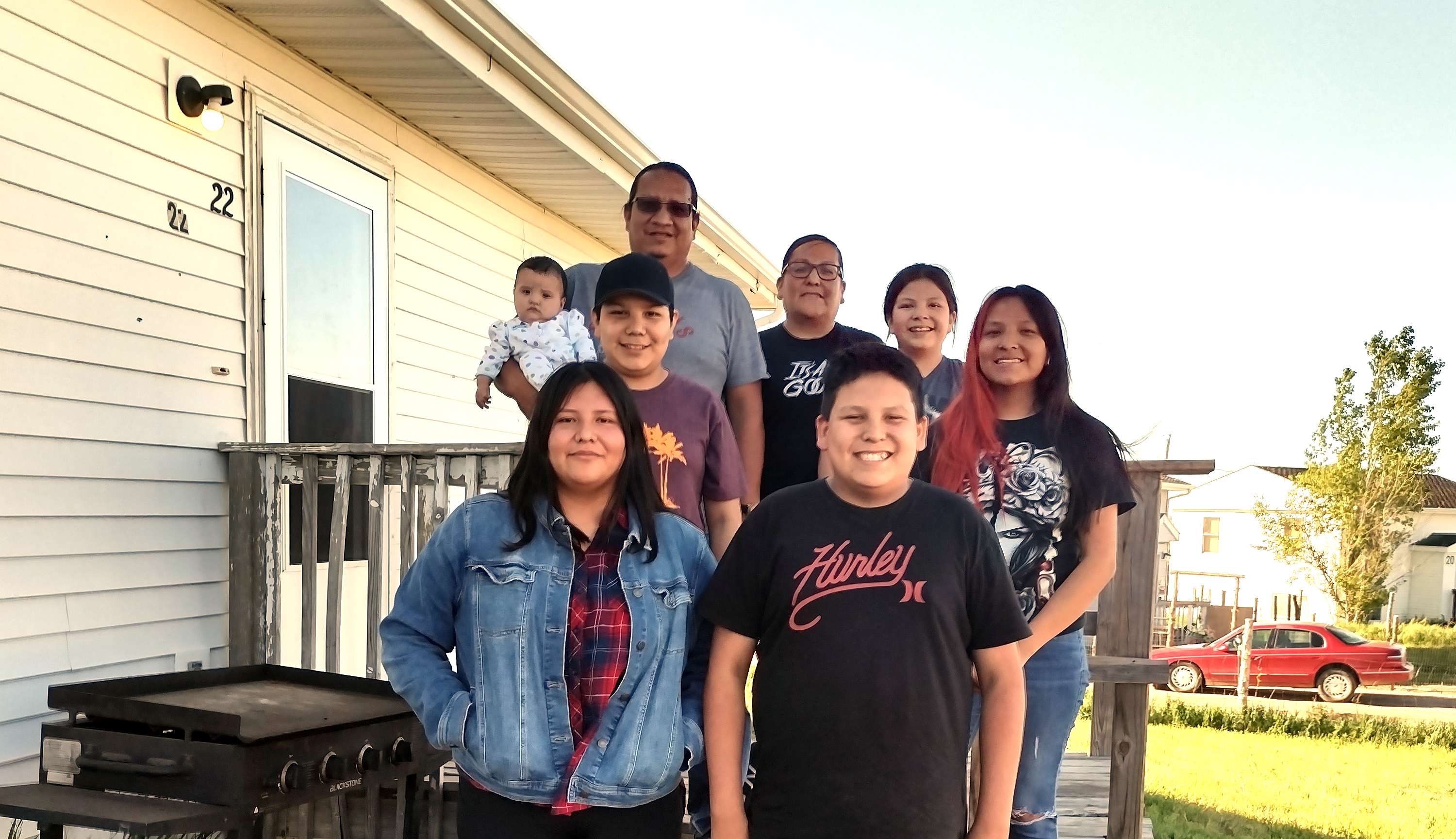 With National Homeownership Month getting under way, the Lakota Federal Credit Union and Lakota Funds are celebrating increased rates of Native American homeownership on the Pine Ridge Reservation. An analysis of data gathered by the South Dakota Native Homeownership Coalition indicated that homeownership rates in South Dakota’s reservation communities more than doubled in the first half of 2020 from the full 2019 totals.

“Homeownership not only remedies the housing shortage on Pine Ridge, but it also strengthens family units, improves neighborhoods, and creates stability in our local economy. We are glad to be playing a part in that,” says Shayna Ferguson, Branch Manager of the Lakota Federal Credit Union. The Credit Union officially launched their home loan products last fall, and to date has closed five home loans – three mortgages and two home improvement loans.

Elmer Clairmont and Agnes High Horse, lifetime residents of Wanblee, South Dakota, are the latest Credit Union members to purchase a home. After living in a trailer for five years, they began looking at options last summer to find a home that would be a better fit for their large family of 10.

“There aren’t a lot of options. For the Tribe’s housing, you’ll be on the waiting list for years and years. We had talked about leaving Wanblee, but that was the very last option,” says Agnes.

Then they heard that people were buying homes in the Eagle Nest Housing subdivision in their hometown. They regularly contacted Lakota Funds, the organization that built the homes 30 years ago, until a home became available. They also began working with Lakota Funds to prepare for a mortgage. The couple completed financial literacy, homebuyer education, improved their credit, and also participated in the Lakota Funds Eagle Nest Housing Matched Savings program where they saved $3,300 towards their down payment and closing costs.

They originally estimated it could take up to two years to get everything in order, but just last month Elmer and Agnes utilized a mortgage from the Credit Union to purchase a 3-bedroom, 2-bath home on 1 acre. They said it was a great experience working with the Credit Union, because they explained everything they were signing. Agnes says, “We’re really surprised and proud of ourselves that we did it in less than a year. The best part about it is that it is here in Wanblee – here in our hometown.”

With bigger rooms and living space, the Clairmont-High Horse children love their new home. They are looking forward to this summer and setting up their pool and trampoline in their own yard, something that had always been done before at their grandparent’s house because of limited space.

“We’re basically building a future for our kids. We really appreciate Lakota Funds and the Credit Union,” says Agnes.