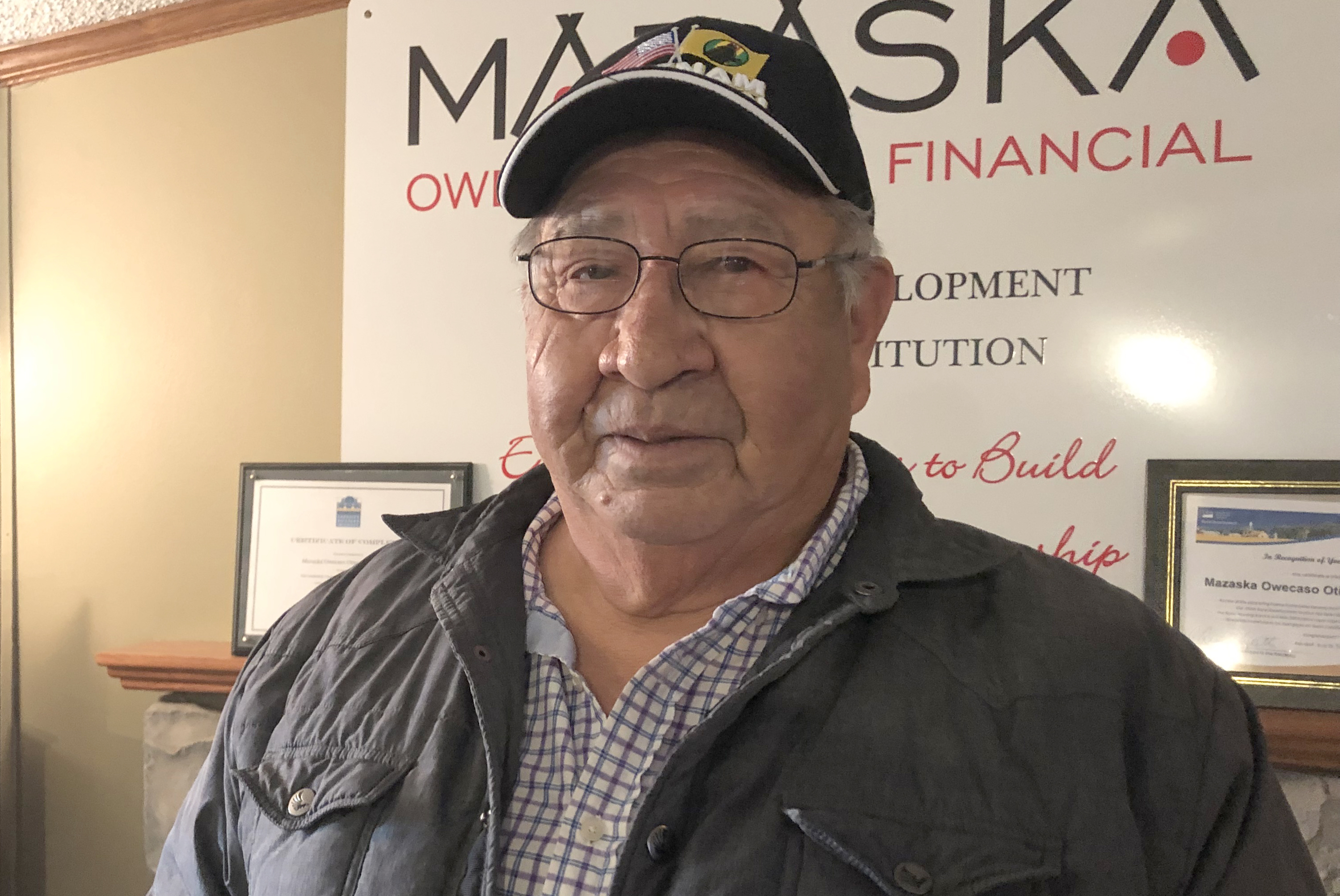 In the tail winds of Veteran’s Day, we and two of our community partners – Mazaska Owecaso Otipi Financial and the Lakota Federal Credit Union – are celebrating with Garfield Iron Crow (Oglala Sioux), a Native American veteran, as construction of his new home nears completion.

After serving in the US Army, Iron Crow initially sought to become a homeowner in the 1970’s, as well as a couple more times over the years. But, every time he came up against barriers. It wasn’t until 2017 when he began working with Mazaska, a community loan fund that specializes in mortgage lending on the Pine Ridge Reservation, that doors finally began opening for Iron Crow. Mazaska staff leveraged their knowledge of tribal processes, veteran’s programs, mortgage products, and unique strategies to help him identify a path to homeownership.

On that path, Mazaska connected Iron Crow with the Lakota Federal Credit Union, the only federally-insured depository institution on the Reservation. In becoming a member of the Credit Union, he was able to access a variety of financial tools and resources that helped him to become mortgage-ready. In the meantime, Iron Crow continued working with Mazaska to obtain a land lease, a special requirement that is necessary to secure mortgage financing on tribal lands.

In July 2019, Iron Crow was approved for a construction loan through Mazaska. He had connected with a local contractor to develop a building plan that would fit within his budget, and that summer they broke ground. After so many years, Iron Crow’s homeownership dreams were beginning to come true.

Around the same time, we launched our Native American Veteran Homeownership Savings Account program, a matched savings program designed to provide down payment assistance to Native American veterans. Iron Crow was the first participant to enroll in the new program, and plans to put his savings towards his permanent mortgage.

Once construction is complete, Iron Crow will continue working with Mazaska to roll his construction loan into a long-term mortgage. He is one of the first borrowers to be approved through the 502 Direct Relending Pilot Program, a new program that was launched by USDA Rural Development last spring in an effort to increase accessibility to their 502 Direct Loan for residents on tribal lands. Mazaska is one of two community loan funds that were selected to participate in the pilot program.

We are continuing to coordinate programs and resources with Mazaska and the Lakota Federal Credit Union to help Iron Crow through the final stages of the home construction, financing, and land lease processes. His home is scheduled to be complete by Thanksgiving.