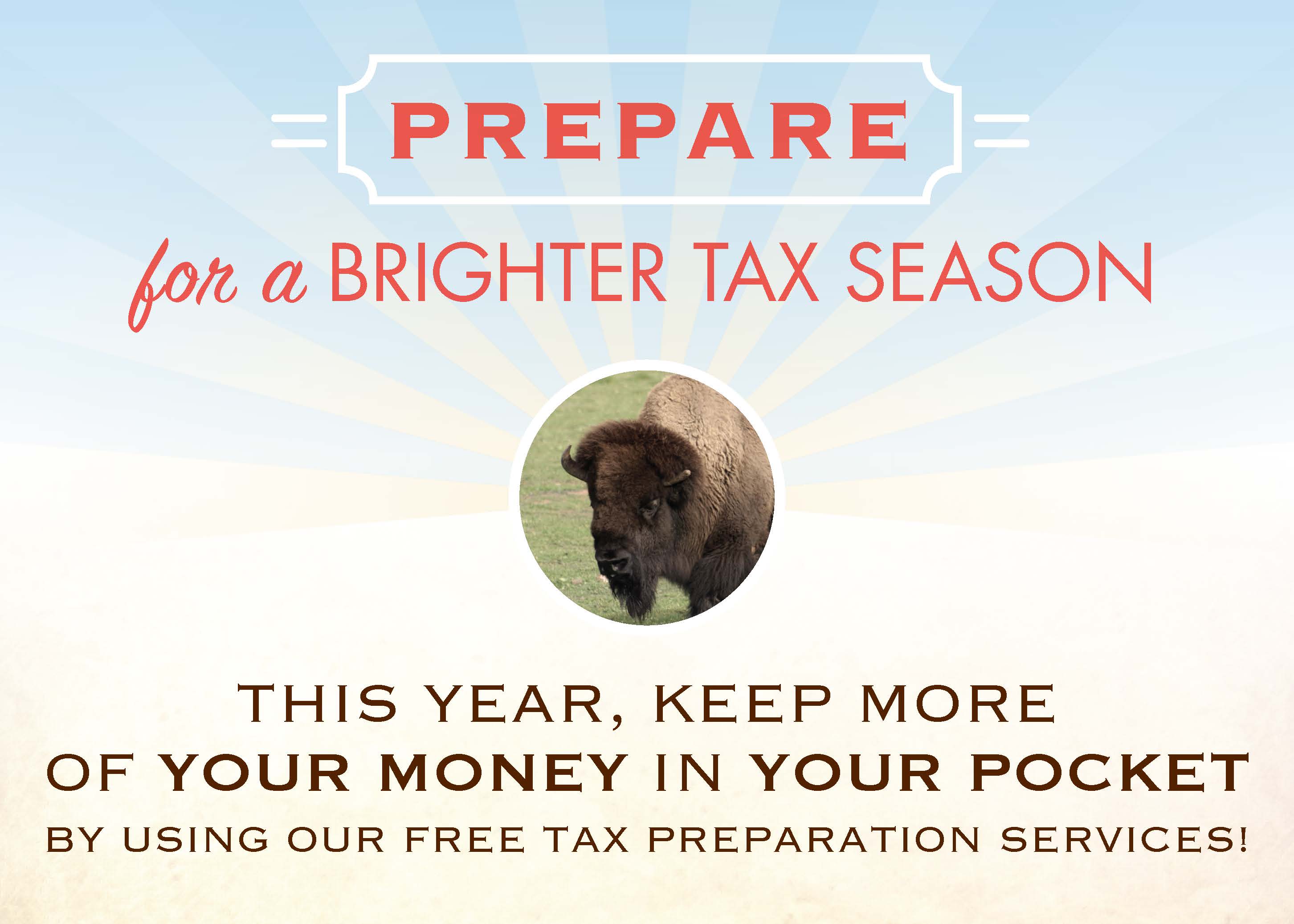 With tax season wrapping up, Lakota Funds and the Lakota Federal Credit Union are celebrating the success of their Volunteer Income Tax Assistance (VITA) site where they offer free tax preparation services to residents of the Pine Ridge Reservation and neighboring areas. By the end of tax season, they filed 448 returns, bringing a total of $1,055,940 in refunds back to the community and saving tax payers an estimated $112,000 in preparation fees. To recognize their accomplishments and continued service, the Internal Revenue Service presented them with two awards today.

“This year is the highest number of returns processed in the history of our VITA site, and we are so grateful for the IRS coming out today to recognize the dedication of our staff members. We hope more and more people take advantage of the service every year,” says Tawney Brunsch, Executive Director of Lakota Funds.

Lakota Funds and the Credit Union kicked off this year’s tax season in late January with a Super Saturday event at Oglala Lakota College’s Pine Ridge Center. All four of their staff members who had gone through an IRS-certification process, as well as eight students from Black Hills State College, prepared nearly 30 returns on that day alone. Following that, the VITA site was opened every Wednesday onsite at Lakota Funds and the Credit Union. In addition, they offered a mobile VITA site that travelled to various locations including Allen, Batesland, Manderson, Martin, Mission, Oglala, Porcupine, and Wanblee.

In is his 10th year of preparing taxes he says, “I enjoy doing it. It is something positive that is saving people money and helping them get their full refund.”

He senses that the refunds people receive are an important part of their financial situation. A report published by Lakota Funds confirmed just that. Over 70% of the individuals who filed through their VITA site said that they would use their refund to pay bills. About a third were planning to use their refund to buy groceries.

“The survey report drives home the fact how important the VITA site is. Not only are we saving people money in preparation fees, but we are helping them maximize their refund by claiming all of the credits they can. Most importantly, we help them e-file so they don’t have to pay the high costs associated with rapid refunds,” says Brunsch.

Taylor says most of the people who come to the VITA site have used paid preparers in the past, and some don’t even realize how much they’ve paid in fees. This last tax season saw a trend in increased rapid refund loan amounts, some now exceeding $3,200 – up from $2,000 last year. A national consumer advocacy group found that tax preparation fees typically range from $400 to $500 for low- to moderate-income tax payers.

“When a family is living on a limited income already, a couple hundred dollars can really make a difference,” says Taylor.

One way the VITA site helps people maximize their refund is through the Earned Income Tax Credit (EITC). Although it is widely underutilized, it had the ability to increase someone’s refund by up to $6,318 this past tax season. The EITC accounted for $432,724, or 41%, of the total refund dollars claimed through Lakota Funds’ and the Credit Union’s site this year.

“Our VITA site is really about more people keeping more money in their pocket,” says Brunsch.